This is a new section which is intended to keep our readers up to speed with key legislation moving through the Ohio State House.

With the election behind us, the lame duck legislative session is in full swing and packed with a lot of potentially consequential legislation. Any bill not on the governor’s desk before the two-year session comes to a close will need to be reintroduced and start the legislative process all over again in January

WHAT YOU CAN DO

For detailed information on all legislation, including current status, schedules, how specific legislators vote and more, go to: https://www.legislature.ohio.gov/

These bills have passed both chambers and are headed to the Governor for his signature.

CALL KASICH IF YOU BELIEVE THESE BILLS SHOULD BE VETOED:

House Bill 258 (Hagan, Hood) – (6-week abortion ban) Prohibit abortion if unborn has detectable heartbeat [Update: Vetoed 12/20! ]: This bill would prohibit an abortion if the physician detects a fetal heartbeat, require clinic inspections to ensure reporting requirements compliance, and provide guidance in the event that Roe v. Wade is overruled. This bill would make it a felony of the fifth degree if a physician performs or induces an abortion before determining whether there is a detectable fetal heartbeat. The bill provides for the creation of a joint legislative committee on adoption promotion and support.

Senate Bill 145 (the abortion method ban) [Update: Signed 12/21 — Expect lawsuit regarding the constitutionality] would block the safest, most common type of abortion procedure in the second trimester.

House Bill 119 – requires the state to check every quarter (instead of the current yearly check) to see if you’re still eligible for food assistance.

For a more complete look at HB 119: https://tinyurl.com/ycha8kh7

House Bill 228 (Johnson, LaTourette) – Stand Your Ground: [Vetoed on 12/19! ] This measure would allow armed individuals to use deadly force instead of walking away when it is safe to do so. The bill also shifts the burden to prosecutors to convince juries beyond a reasonable doubt that a shooter did not act in self-defense when shooting to kill. The bill would also effectively allow for the carrying of concealed weapons without a permit by making it a minor misdemeanor. It additionally prohibits Ohio communities from enacting gun legislation, further eroding local control over gun violence prevention standards.

Amended on 12/6 – They pulled the penalty reduction for illegal concealed carry out of the bill. The bill guts local communities’ ability to make their own gun regulations. It shifts the burden of proof to the state. (If you shoot someone and they die, the decedent’s lawyers have to prove you weren’t acting in self-defense.)

“If this bill were enacted, workers and the state could no longer hold franchisors jointly responsible for… violations, regardless of the level of control the corporate owners exerted over the franchisees’ practices.” (Policy Matters testimony)

For a more complete look at HB 494: https://tinyurl.com/y9xbarw2

CALL KASICH IF YOU SUPPORT THE FOLLOWING BILLS:

House Bill 491 (Galonski) – Graduation Pathways [Update: signed on 12/19!] will help THOUSANDS of Ohio students graduate in 2019 and 2020. They are currently at risk of not graduating simply because state testing standards have been constantly changing. https://tinyurl.com/ybonn6s8

BILLS TO WATCH & ACTIONS TO TAKE

This bill passed the House and now goes to the Senate.

ACTION: This bill needs to be assigned to a Senate Committee. Call Senate President Larry Obhof, Rules Committee Chair, (who assigns bills to other committees). 614-466-7505. Tell him you want HB 545 assigned to a committee and given a vote before the end of the year.

HJR 19 (LaTourette, Holmes) – Block the Ballot would reform the way initiated Constitutional amendments can make it onto the ballot in Ohio. It would require proposed constitutional amendments to win 60 percent of the statewide vote, rather than the current 50 percent. It would also move up the deadline to submit over 630,000 petition signatures needed to put a proposed amendment on the ballot. That deadline is now in early July; the resolution would move it to April 1. In addition, each petition signature would only be valid for 180 days. Right now, there’s no expiration date for signatures. This means that all signatures would only be able to be collected through the coldest winter months from October through March.

Status: This bill STILL hasn’t gotten through committee. Keep watching this bill, but every day it doesn’t move increases the odds that it’s dead and will have to start all over in 2019. This bill had a revision submitted, which is one reason it wasn’t voted on to move to the floor. This may not hold it from a floor vote for long, but there have only been negative testimony, to date. Please call all the committee members to voice your concern about this bill!

Senate Bill 250 (Hoagland) – Utility Protests. To increase criminal and civil penalties for protests that take place on so-called “critical infrastructure facilities.” In other words, it would restrict Ohioans’ freedom of speech and assembly by, among other things, punishing environmental/fracking protests with felonies. The bill claims to be punishing protesting on private property. Pipelines/wells tend to be located on land owned by the entity allowing the fracking, but this could restrain any protests on state property like the statehouse, or any other state property that the Legislature deems a “critical facility.”

Status: This bill passed the Senate and now goes to the House. We’re waiting for this bill to be assigned to a House Committee. Once it’s assigned, we can start calling those committee members!

Status: This bill (“Scrooge Act”) was pulled from the last bill they tried to hide it in!

We still need to watch as it could end up on the House floor on its own (HB 390). But every day it doesn’t move increases the odds that it’s dead and will have to start all over in 2019.

Action: Call Speaker Ryan Smith. 614-466-1366. Tell him you don’t want Merrin’s “Scrooge Act” to get to the floor by itself OR inside another bill!

Call YOUR state rep. Tell them NO on Derek Merrin’s “Scrooge Act.” Warn them it could appear on the House floor by itself or inside another bill, and they need to vote NO wherever it is.

Status: This bill passed the House and now goes to the Senate. We’re waiting for this bill to be assigned to a Senate Committee. Once it’s assigned, we can start calling those committee members. This bill is urgent to call and protest because to help save Ohio’s environment!

House Bill 393 – would allow brine from oil and gas drilling (fracking) to be used to de-ice roads. (The brine likely contains dangerous and radioactive chemicals.)

Status: This bill passed the House and now goes to the Senate. We’re waiting for this bill to be assigned to a Senate Committee. Once it’s assigned, we can start calling those committee members! 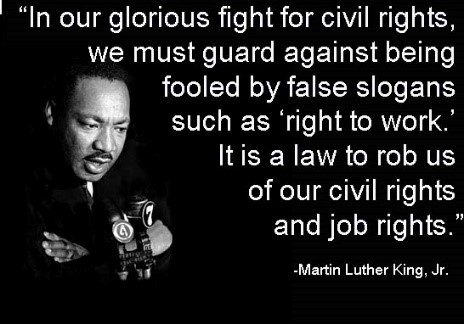 House Bill 53 (Becker) – Public Sector Union Dues: So-called ‘Right-to- Work’ legislation that would allow public employees to work in unionized workplaces without actually joining the union or paying regular union dues, making it more difficult for workers to form unions and collectively bargain for better wages, benefits, and working conditions. We received information that this bill remains in the House Finance Committee and will not come to a vote during this General Assembly. It appears as if this bill is dead during this Lame Duck Session.

This group has a wealth of information on their site, including the following:

How to testify or submit testimony on a bill:

(If you CANNOT present your testimony in person – you’re done! No more steps!)

After you’re done, the legislators will have a chance to ask you questions. If you get into a good back and forth with the legislators, reporters may write about it!