The Member Spotlight is a fun way to help get to know our fellow members and volunteers. This Spotlight is focused on Brad Shimp, who recently was voted in as an At-large Executive Committee member and took an active role in Powell as part of the GOTV effort for the 12th District Special Election.

Tell us a little bit about yourself — where are you from, what is your occupation, and how you got involved with politics? 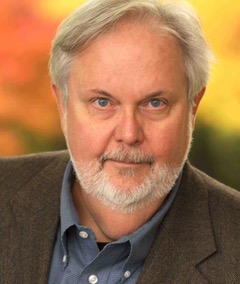 My wife Cathy and I have lived in Delaware County since 2000. We moved to our home on Bridlespur Lane to a house large enough to accommodate my father who moved in after my mother passed away. I am “retired” but have never been busier. Before my retirement in 2013 I was President/CEO of Community Capital Development Corporation, a not-for-profit company that lent money to small businesses for real estate and large equipment. When I retired I pursued my interests in improvisation and theater, using the other side of my brain not related to finance.

I am on the Board of MadLab Theatre (madlab.net) managing the bookkeeping, audits, financial reporting, fund raising programs, and am the archivist cataloging all the videos, files, and photographs from our 23+ year history. I also help with grant writing. I also produce and perform improv shows at MadLab and also on the Board of the Ann Sherry Foundation, approving small grants for innovation in education and community development. And I perform improv at the Nest Theatre. I currently teach improv and theatre arts to middle school students at Village Academy School in Powell.

How I got involved in politics was “voting” in a mock election in elementary school during the Nixon and Kennedy election in 1960. I voted for Richard Nixon, much to the delight of my mother and the chagrin of my father. That was the last time I ever voted for a Republican. I canvassed for Eugene McCarthy in high school and was an active participant in Vietnam anti-war activities. I have voted in every election since I turned 18. More recently we have been a supporter with housing when the Party was fighting to put SB 5 on the ballot. We have been providing supporter housing for every election since then.

When did you get involved with the Delaware County Democratic Party and why?

I can’t actually remember when I first joined the DCDP but I’m guessing it was during the Obama era. I reactivated with the election of Mr. Trump.

What was the most memorable political event you have participated in so far?

I would have to say that I had a blast working on the O’Connor special election, working with a wonderful team of people helping at one of the three canvasing stations in Delaware (Powell). It was four long, satisfying days.

Tell us an anecdote about working on a campaign for a candidate.

While driving for Canvasser Enas Yunis (she is an amazing canvasser) this big guy approached me as I was sitting in the car. He looked angry. He said “What are you doing here?”. I thought, here we go. I politely explained we were canvassing for Danny O’Connor, passing out literature. His face softened and he smiled. “I’m voting for Danny. I was a cop at the Trump rally and there were people passing out all over the place due to the heat. And I couldn’t believe what lies Trump was saying and how people were eating it up. Pretty sad.” We continued to chat until I had to pick Enas up and move on. Just goes to show you not to jump to conclusions.

What has been the most satisfying part of your work in politics or for the DCDP?

I lived in the suburbs of Detroit and and signed up to canvas for Eugene McCarthy in the inner city of Detroit, in some areas that I found out later were pretty rough. Well, I got a real chance to listen to people about their concerns and about their lives. It was a real eye opener for a young white kid from the suburbs. It changed my perspective forever and helped form my view of the Democratic party.

For DCDP I will go back to the O’Connor special election. It was so rewarding to be a part of a team that came closer to winning than anyone ever thought we would. Now on to the midterms… To me, this upcoming midterm election is the most important election in my lifetime. We have entered uncharted territory with this administration. I believe that the current administration threatens the fundamental institutions of our country and are putting our democracy in peril. But we can win by working together to put Democrats in place to provide oversight over this president and his destructive path.

Interested in sharing your story? Send an email to communications@ohiodeladems.org.